We often receive positive feedback from our members. This one comes from Denis, who is on a mission to help his family and friends to improve their health through better eating. Exactly as he did himself, thanks to the menus against chronic inflammation.

We spoke on the phone about 2 months ago, when he bought a menu for his daughter. In that occasion he told me that he had solved 85% of all his problems (joint pain) thanks to our menus. Please read his testimonial:

I am a 66-year-old man who was once very fit, active and paid very little attention to his health, because when we are young, we think we are invincible and we binge on everything (especially food) under the pretext that we want to live life to the fullest (…)

In the early 90s (…) many parts of my body started to swell up (…) like an allergy, which subsided in the evening. But these allergies recurred more often with time and I had to consult an allergist at the CHUS where, several tests later, I finally came to the conclusion that though I was not allergic to anything specific, this reaction always occurred about an hour after meals (…) Over the years, the allergies which were still quite frequent started to reduce and this is when polyarthritis set in, especially at night (…) This happened during 1995-96 and my rheumatologist prescribed Methotrexate and Plaquenil, drugs that I refused to take (…) since I was convinced there must be another way out, and I started to do some research and read a lot about the subject (…)

It is during this time that I read a book by a Mr. Comby (…) who said that he had seen hundreds upon hundreds of rheumatism and arthritis cases that were completely cured by giving up dairy products; this was a punch in the gut for me as I LOVED cheese. This is also when I met a lady microbiologist who took my blood test (…) and told me “All these little white dots in your blood are uric acid crystals and you are chock-full of them. You’re definitely going to end up with rheumatism or arthritis soon.” I replied that I was already suffering a lot from it and that I even found it painful to walk. She informed me that I should immediately start drinking plenty of water to activate my kidneys, which are there to partly eliminate acidity from the body; this is something I’ve been doing ever since and I realized then that I had to seriously cut down on cheese (…) From that moment, the problem began to subside before disappearing almost completely for a few years, but during 2005-06, it slowly reared its ugly head again and as time went by, it became worse. I had started eating more cheese again, so much so that by spring 2011, I actually felt that my life was ending. I found it increasingly difficult to do anything and I had completely lost my zest for life and the desire to sing (…) 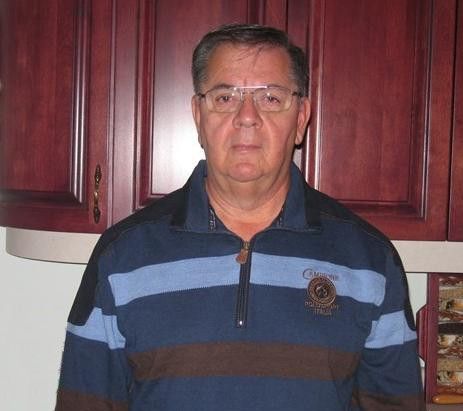 This is when I thought about going on a fast (…) Around July 2011, I was feeling quite better and I decided on my own to stop the drugs that I had started taking again during my last rheumatism attack, (…) but fasting was no longer just enough to detoxify my body, there had to be a change in diet too but I barely knew how to go about it (…) And that’s how I found out about Mrs. Lagacé, immediately bought her books, which I devoured with complete enthusiasm, and finally began to see the light at the end of the tunnel (…) I promptly subscribed to your meal plans (chronic inflammation). I noticed changes in my body very quickly, and everything continued to improve week after week. However, in order to verify whether this meal plan was indeed the key to improving my rheumatoid polyarthritis, I started to deviate from it, and it was not very long before I realized that yes, the menus were extremely effective for my joint pains, so I started to follow the meal plan again and the problem that had reappeared began to fade. Kudos to the entire SOSCUISINE team for their smart meal plans against chronic inflammation; thanks to you, this retired person feels like singing again everyday.”